The Indiana Title Political Action Committee (ITPAC) is the political action committee established by the Indiana Land Title Association. By supporting and making a contribution to ITPAC, you are helping ITPAC develop and strengthen relationships with members of the Indiana state legislature and other public officials. Your contributions are critical to ILTA’s legislative efforts at the Statehouse as we educate and advocate on behalf of the title industry. ITPAC supports the election and re-election of candidates who have positions and perspectives that are in alignment with the title insurance industry and who are committed to creating good public policy and fair regulation for our industry. Your contribution to ITPAC will go a long way toward preserving and promoting ILTA’s initiatives in the state legislature and defeating proposed legislation that will have a negative impact on the title industry. The title industry is facing some of its toughest challenges right now and our association needs to be united and committed to creating a strong PAC.

In order to continue to build on our success in the future, we need you to make a contribution to ITPAC. Members of ILTA can contribute at the time they apply or renew for membership or anytime throughout the year. Members can also attend and participate in special ITPAC fundraising events held throughout the year including the golf outing and silent auction for the benefit of ITPAC at the annual convention. Special recognitions and invitations to special events are granted to those who contribute at specific levels.

There are four recognition levels for contributing: Friends-$100-$249; Bronze-$250-499; Silver $500-$999 and Gold-$1000 or over. ITPAC contributions are used for political purposes only. Contributions to ITPAC are voluntary and are not tax deductible. Individuals, corporations and other business organizations may contribute to ITPAC.

Myth: I don’t like politics so I won’t get involved.

Our entire title industry world already exists in a bubble created by politics. So like it or not, we’re involved in politics. Virtually every aspect of our business is affected by State and Federal legislation, and the regulations that come about as a result. Property and lien rights, privacy issues, how you market and conduct your business - almost every important process is governed by a law or regulation. As a title professional you can choose to accept what legislators and regulators think is the best way to conduct your business or you can become involved in helping them understand the unique and valuable services we provide. By supporting legislators who are willing to listen to our concerns, ITPAC helps to ensure that no law is passed without our input and comment. Often this input results in constructive discussions and favorable changes to these proposed laws.

Donating to a candidate is exercising your freedom of speech. There’s nothing special about that. It’s been going on for over 200 years. It costs a great deal of money to run for public office, and it’s increasingly more expensive every election cycle. Every candidate requires financial assistance to get his or her message before the voting public. ITPAC makes donations to help elect candidates that support the land title industry.

Myth: PAC’s are just a way to buy votes.

Many independent studies have shown that when legislators decide how to vote, their number one concern is their constituents. ITPAC allows the title industry to address the concerns of a legislator’s constituents and if necessary propose acceptable solutions to their problems. Rather than buying votes, think of ITPAC’s role in the same context as we think of ourselves as title examiners. An examiner’s job is to identify and eliminate or mitigate title risks. ITPAC’s job is to identify and eliminate or mitigate business risks. ITPAC is more effective when it can make consistent donations to legislators who help us find the right answers for their constituents. 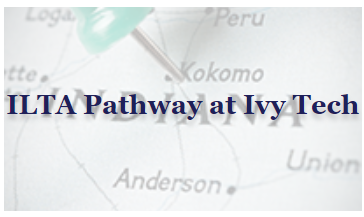 A lot has changed in our industry, but our strong commitment to our members remains the same. Since its formation in 1907, the Indiana Land Title Association has worked to protect the land title industry in Indiana. Amid the changing regulations and the ups and downs of the market, ILTA has stood by its members to offer high-quality education, networking opportunities, and legislative advocacy. We stand for the highest principles of professionalism and consumer protection, advocating for the safe and efficient transfer of real property. A home is likely the largest investment any individual will make in his or her lifetime, and by ensuring accurate searches, promoting fair and professional closings, and supporting important insurance coverages, ILTA protects Indiana consumers' property rights.